As a orientation leader this year I notice how lost the first year students were when they were traveling around the University of Waterloo Campus. Aside from lost first years, Upper year students also don't have much to say about their campus as there not much accessible information on the campus history.

The idea behind the work is to help students discover more parts of the University ofWaterloo campus through an interactive gaming app called Scavenger Hunt. The game also provides students the ability to learn about the history behind each landmark, discover new landmarks and buildings, collect points that turn into WatCard money, and to check leaderboard to see what they’re rank amongst the other UWaterloo students that are also playing the game.

Some tools I've used to help me with the design process was the Sketch app for the creation of screens and symbols, and InVision for prototyping. 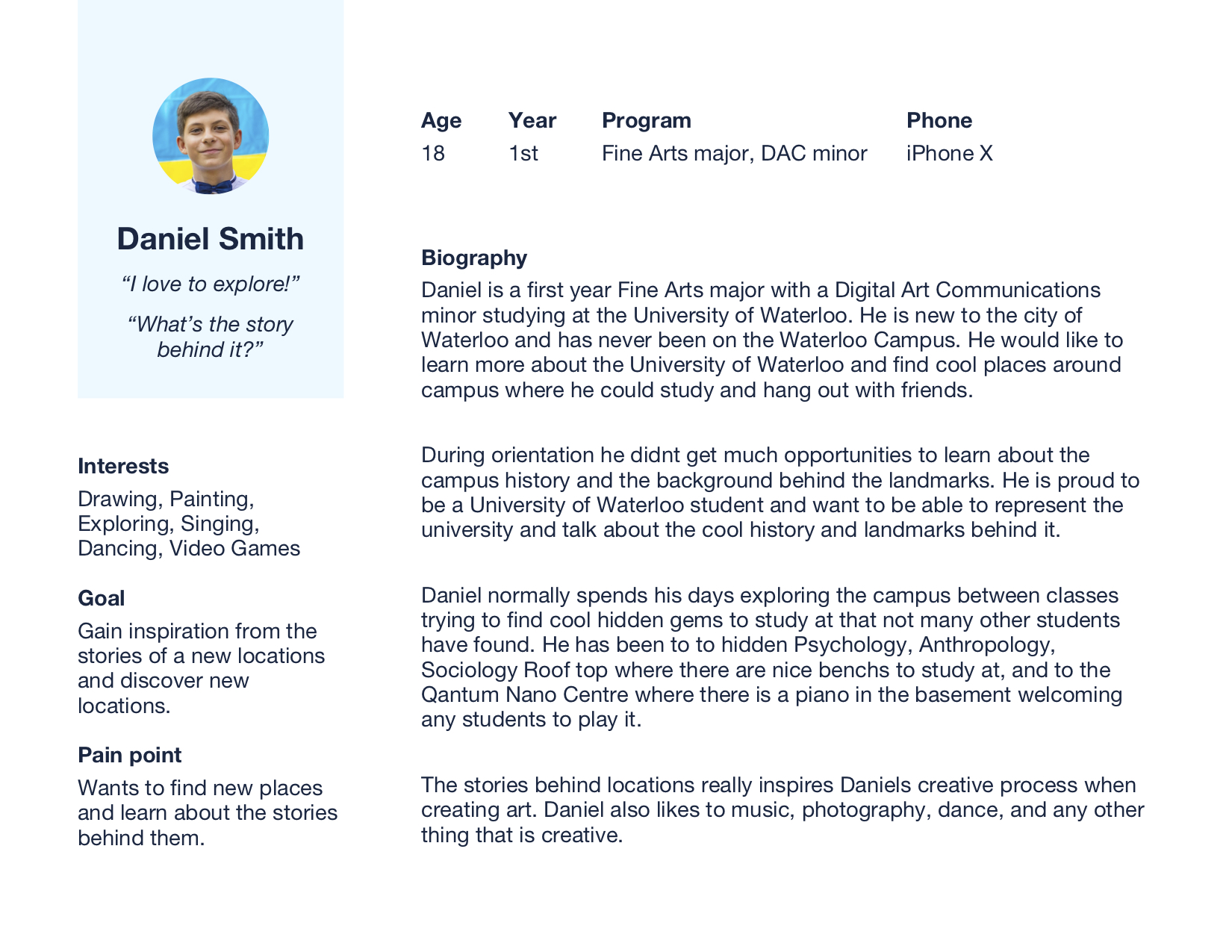 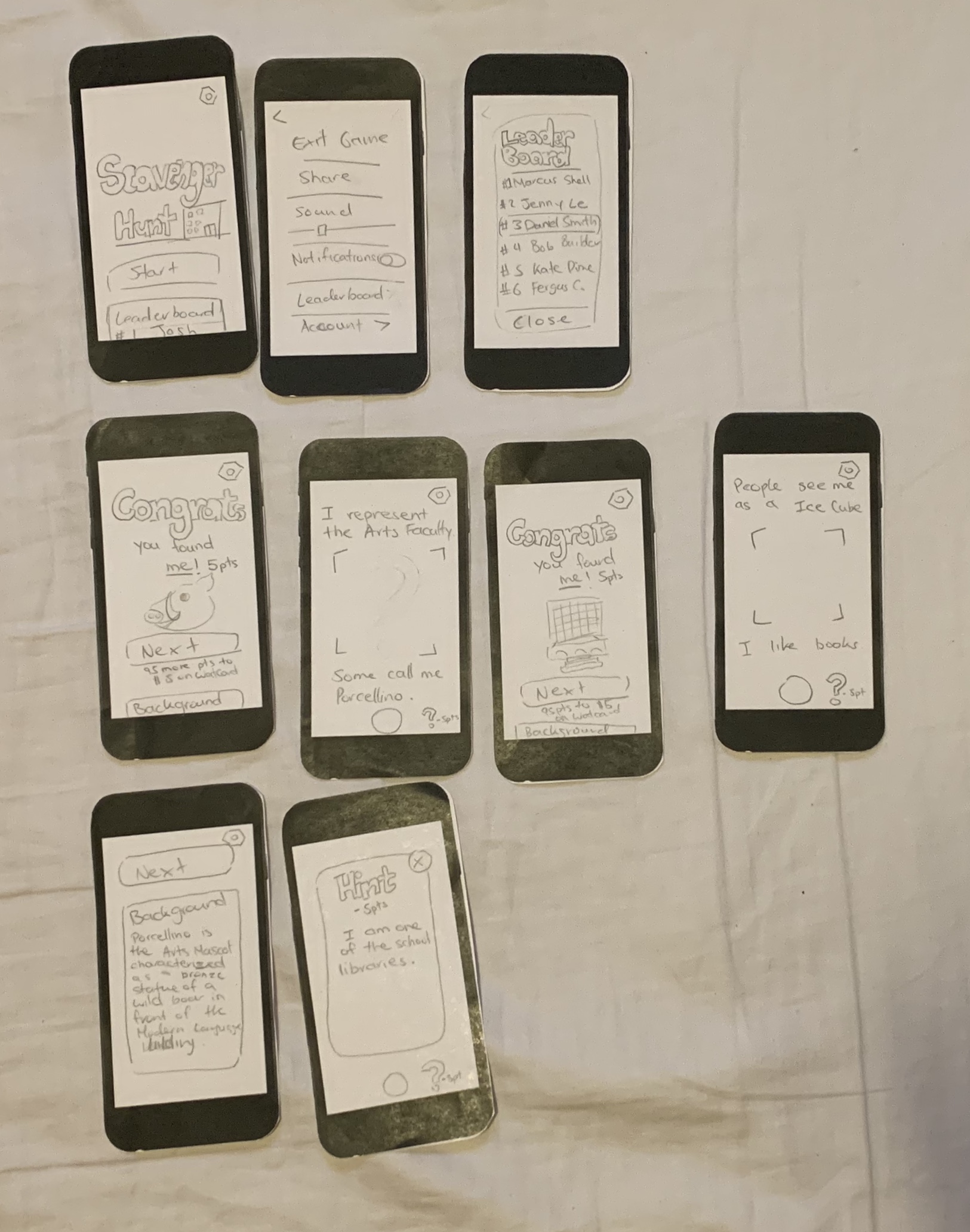 I started off interviewing former orientation leaders and fellow peers that were also students at the University of Waterloo. For orientation leaders I got insight on how confident they thought Welcome Week has prepared first year students to navigate around the campus without getting lost. With peers I asked them about their way finding experience around campus, how often they've gotten lost, and what they know about the campus. From those insights I created an affinity diagram to map out what were the main pain points of students, then a persona was created as the model first year student I will be design this app towards.

The strongest elements of the work today would be the effectiveness of providing historical information on places students have discovered on campus. The weakest element would be the section where the prototype has to imitate a camera view and click to scan the QR code. Maybe I could create more screens to imitate searching for the QR code and one showing that the QR code is scanned that is a timed transition screen. I also looked into different software that might be able to handle videos or gifs such as Origami studio and ProtoPie but no luck, so I ended up just using photos, so it would work better for the prototype.

I wish I was able to add an onboarding section to the game to indicate how to play it. And I wish I had more time to figure out the QR code part as my initial idea was to use a video or gif but could not figure out how to implement it on InVision.

I am most excited to fix all the issues with navigation as people started to swipe through screens instead and the camera and QR code interaction. I might add an onboarding section and an overview screen to showcase the levels to bring more clarity to the game. I am worried about the timing and the QR code and camera section.

My next steps would be making the changes to the prototypes by adding new screens and creating more useable transitions on InVision and testing the new prototype with friends and adding refining touches to the prototype before presenting. Hopefully this is a solution for first year students to be prouder of their campus and be able to show off the campus to their friends and family if they want to. It can also give them inspiration on how Waterloo started and how incredible that both students and the campus could both grow and expand to greater things.

Check out the Prototype 